The Hound of the Baskervilles

The Hound of the Baskervilles was serialized in The Strand Magazine from 1901 to 1902. It is set on Dartmoor and tells the story of an attempted murder inspired by the legend of hounds of supernatural origin. Sherlock Holmes and his companion Dr. Watson investigate the case. This was the first appearance of Holmes since his intended death in The Final Problem, and the success of The Hound of the Baskervilles led to the character's eventual revival. Two years later Conan Doyle brought Holmes back for good, explaining in The Adventure of the Empty House that Holmes had faked his own death. 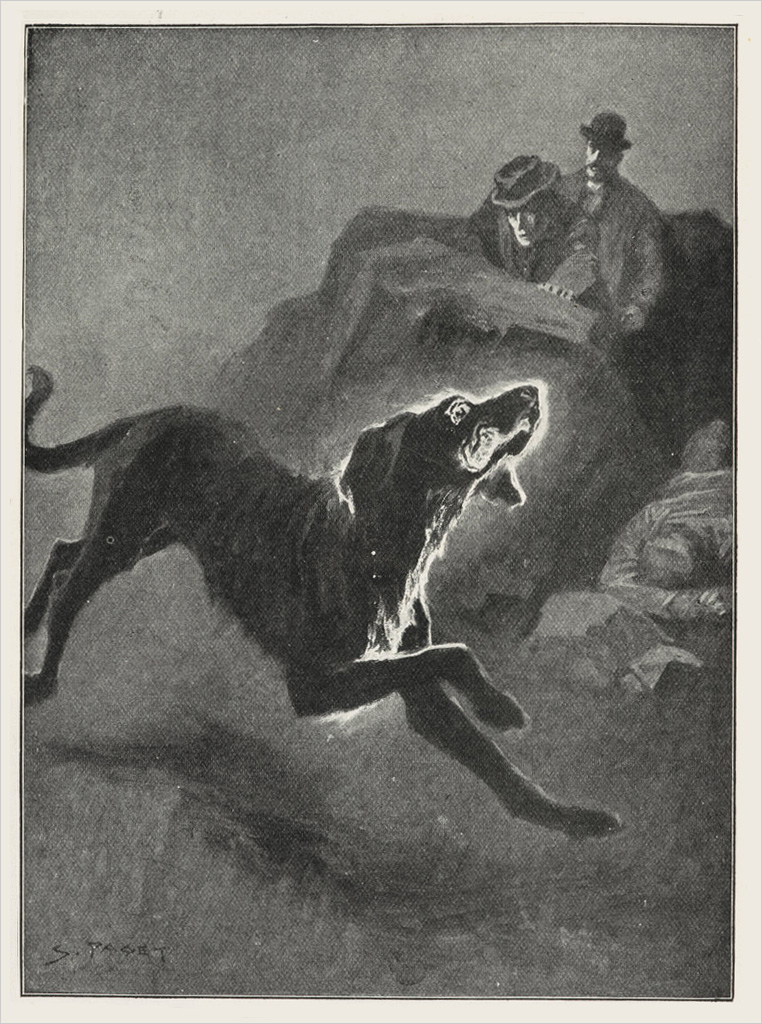 The “Hound” painted in phosphorus

Sir Arthur Conan Doyle wrote this story shortly after returning to his home from South Africa, where he had worked as a volunteer physician during the Second Boer War. The idea of the Hound came partly from the legend Richard Cabell in Devon and partly from family friends of his who owned a house named Baskerville Hall in Wales. Squire Richard Cabell was an avid hunter and extremely evil. He was thought to have sold his soul to the devil in exchange for immortality. He died however in 1677 and was laid into a sepulchre. The night of his burial, a pack of ghostly dogs were seen running across the moor towards his tomb. Since then, he was said to lead the phantom pack across the moor on the anniversary of his death.