The young and dashing Brigadier Etienne Gérard of the Hussars of Conflans, “gay riding, plume tossing, debonair, the darling of the ladies, is by far the most entertaining character created by Arthur Conan Doyle. The Emperor Napoléon is quoted as saying of him “if he has the thickest head he also has the stoutest heart in my army.” In other words this impeccably dressed young Hussar is both a figure of fun and a soldier of great courage.

Napoléon sends him on horrendously dangerous missions of “disinformation,” certain that his devoted Brigadier will be made prisoner and surrender the documents he was entrusted with. Lo and behold, Gerard is so brave and so lucky, that he beats all the odds. During his adventures, he is often helped by smitten maidens who succumb to his charm.

George McDonald Frazer cited Brigadier Gérard as a major inspiration for his own fictional comedic adventurer Harry Flashman, and wrote the introduction to a 2001 collection of Gérard stories 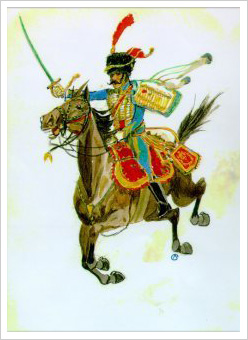 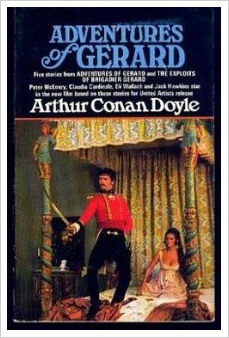 The Brigadier's has not yet had the exposure he is due, probably because the perfect actor who could do justice to this dashing young man, was never found. However, his fans should not despair; there may soon be news about a new film.