Irene Adler was introduced in the short story A Scandal in Bohemia, published in July 1891. She is the most notable female characters in the Sherlock Holmes stories, mainly because she is the only woman Holmes respects for her intelligence and integrity. Watson describes Holmes opinion of her as follows:

“To Sherlock Holmes she is always the woman. I have seldom heard him mention her under any other name. In his eyes she eclipses and predominates the whole of her sex.”

In A Scandal in Bohemia, we are told that Adler was born in New Jersey in the 1850. She had a relatively successful career as an opera singer in Europe. During her tenure at the Royal Opera of Warsaw, she meets and becomes the lover of the King of Bohemia, who was staying in Warsaw. After terminating her relationship with the King, she settles in London and retires from singing. 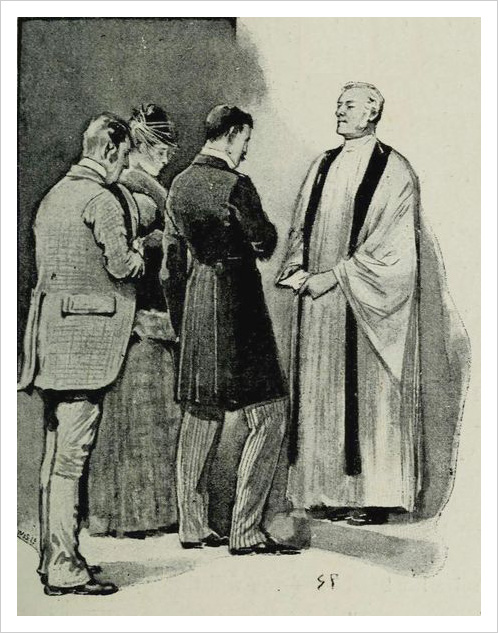 The Marriage of Irene Adler and Godfrey Norton by Sydney Paget 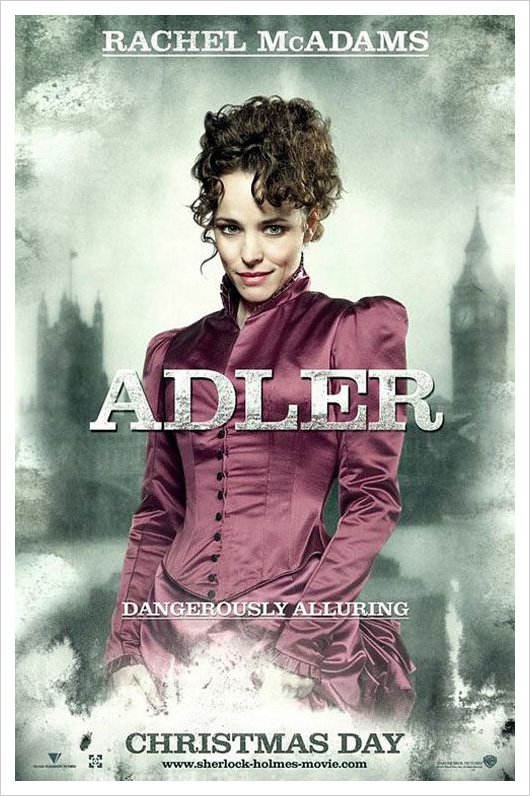 Irene Adler portrayed by Rachel McAdams in Sherlock Holmes: A Game of Shadows

Some time later, the King visits Holmes and asks him to retrieve a picture of himself with Irene Adler, He is engaged to marry a daughter of the King of Scandinavia and wants to avoid being compromised by his prior relationship being made public.

Holmes takes on the task but in the end Irene Adler gets the better of him. As Holmes is investigating her, Adler marries and eventually disappears with her husband and the photo, never to be heard from again.

While Irene Adler only appears as a character in A Scandal in Bohemia, she is mentioned in passing in three other stories.

Since her creation in 1891, she has often depicted in derivative works as a love interest of Holmes’ and sometimes a master thief.