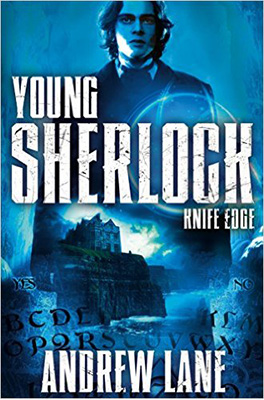 Andrew Lane is a British author and journalist. He has written a number of spin-off novels in the Virgin New Adventures range and audio dramas for Big Finish based on the BBC science fiction television series Doctor Who (and a novel for the Doctor Who spin-off Torchwood), as well as assorted non-fiction books based upon popular film and television franchises

During 2009, Estate, Macmillan Books announced that Lane, under license by the Sir Arthur Conan Doyle Literary, would be writing a series of books focusing on the early life of Sherlock Holmes under the general title: Young Sherlock Holmes. Andrew Lane presents the detective as a young man, scrupulously true to the character developed by Conan Doyle. Throughout the series, the reader finds out how Holmes developed his skills and his very particular traits.

“This is a stylish and entertaining version of Sherlock that can be happily placed beside the originals in the library of any fan.”