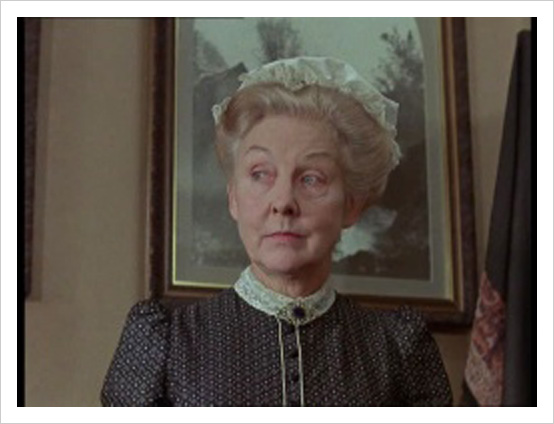 Mrs Hudson is Sherlock Holmes’ landlady and housekeeper at 221B Baker Street. Watson describes her as a very good cook; in The Naval Treaty, Holmes says “Her cuisine is a little limited, but she has as good an idea of breakfast”. Other than one mention of her “queenly tread”, she is given no physical description. Sydney Paget never included her in any drawing so the readers are left to their own imagination as to what she looked like although she is usually portrayed as a middle aged to elderly woman in films. Her attitude towards Holmes wavers between awe at his intelligence, and crossness at his disorderly habits. She is fond of him, though, as he is always gentle and considerate towards her. 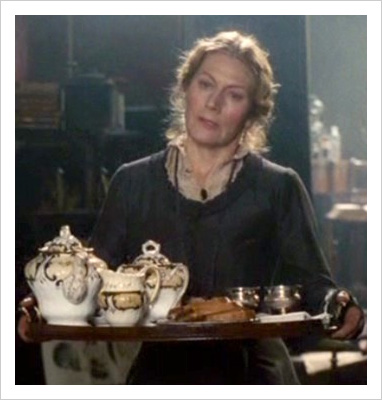 Mrs Hudson usually stays in the background except in the story The Empty House where she takes an active part in catching Colonel Moran.

Mrs Hudson is also the subject of a video game.

Watson describes the relationship between Holmes and Mrs Hudson in the opening of The Adventure of the Dying Detective:

“Mrs Hudson, the landlady of Sherlock Holmes, was a long-suffering woman. Not only was her first-floor flat invaded at all hours by throngs of singular and often undesirable characters but her remarkable lodger showed an eccentricity and irregularity in his life which must have sorely tried her patience. His incredible untidiness, his addiction to music at strange hours, his occasional revolver practice within doors, his weird and often malodorous scientific experiments, and the 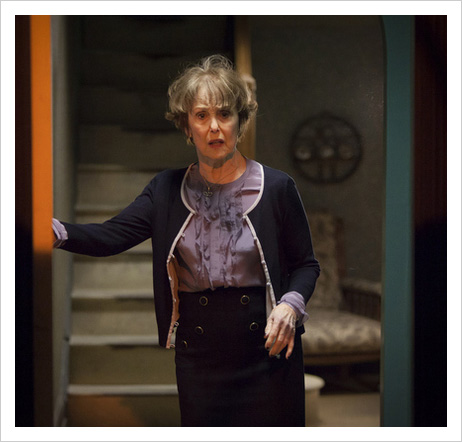 Una Stubbs as Mrs Hudson in the BBC series Sherlock

atmosphere of violence and danger which hung around him made him the very worst tenant in London. On the other hand, his payments were princely. I have no doubt that the house might have been purchased at the price which Holmes paid for his rooms during the years that I was with him.”