Arthur Conan Doyle not only excelled in writing Detective Stories but he also set the mould together with H.G. Wells, of modern Science Fiction. Just as Sherlock Holmes was loosely based on Dr. Bell, one of his professors at the Medical School of the University of Edinburgh, Professor Challenger was inspired by real individuals. One of them was a professor of physiology named William Rutherford, who had lectured at the University of Edinburgh while Conan Doyle studied medicine there. The other, was the explorer Percy Fawcett. Sir Arthur Conan Doyle and Percy Fawcett were good friends and they had similar world views. Fawcett told stories about his incredible exploitations in the Amazon Jungle, and Conan Doyle used lots of them in his novels. The most significant of is the description of the famous "Table Top Mountain" in The Lost World. 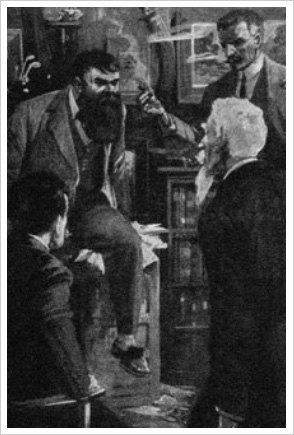 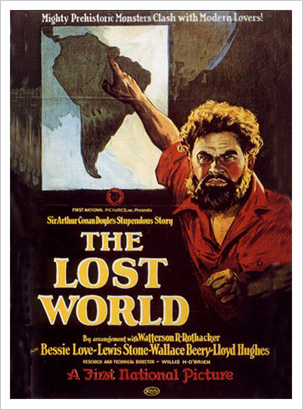 Wallace Beery in the 1925 production of The Lost World

The best way to describe the formidable George Edward Challenger is in Conan Doyle's own words, through the eyes of the young journalist Ed Malone of The Daily Gazette, when he first met him.

"His appearance made me gasp. I was prepared for something strange, but not for so overpowering a personality as this. It was his size, which took one's breath away-his size and his imposing presence. His head was enormous, the largest I have ever seen upon a human being. I am sure that his top hat, had I ventured to don it, would have slipped over me entirely and rested on my shoulders. He had the face and beard, which I associate with an Assyrian bull; the former florid, the latter so black as almost to have suspicion of blue, spade-shaped and rippling down in front in a long, curving wisp over his massive forehead. The eyes were blue-grey under great black tufts, very clear, very critical, and very masterful. A huge spread of shoulders and a chest like a barrel were the other parts of him which appeared above the table, save for two enormous hands covered with long black hair. This and a bellowing, roaring, rumbling voice made up my first impression of the notorious Professor Challenger."

Jessie, the Professor's small vivacious and much loved wife says of her husband, "he is a perfectly impossible person-absolutely impossible." All of which doesn't stop her from being his match, most of the time. When the professor is at a loss for words he picks up his clever wife and sits her down upon a seven foot high pedestal of black marble in the angle of the hall. He only takes her down after she reluctantly agrees to say "Please." 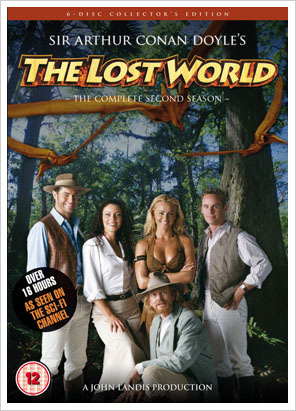